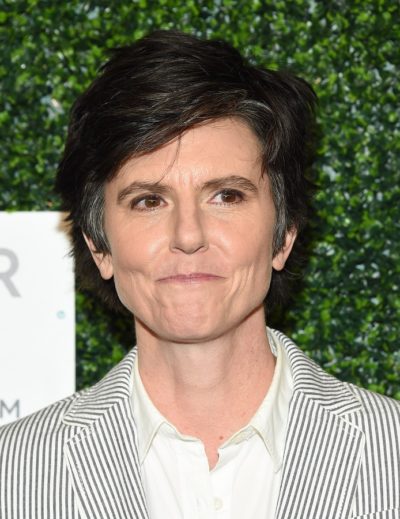 Notaro in 2017, photo by DFree/www.bigstockphoto.com/

Ethnicity: Irish, one quarter Italian/Sicilian, English, as well as French and German

Tig is the daughter of Mathilde “Susie” (O’Callaghan) and Pasquale Walker “Pat” Notaro. She was raised in Pass Christian, Mississippi, and Spring, Texas. Tig is married to actress, writer, and comedian Stephanie Allynne, with whom she has two children. Her brother, Renaud Notaro, is a radio show host.

Her mother was born in New Orleans, Louisiana.

Tig’s paternal grandfather was named Anthony Louis Notaro (the son of Pasquale Notaro and Frances R.). Anthony was born in New York, to Italian parents, with at least his father being from Sicily.

Tig’s paternal grandmother was Mary Mildred Rawls (the daughter of John Marshall Rawls and Georgia Roberta McGuffee). Mary was born in Mississippi. John was the son of Jesse Starling Rawls and Mary Magdalene Price. Georgia was the daughter of William Alfred McGuffee and Mahala Zora Smith.

Tig’s maternal grandfather was William James O’Callaghan (the son of John Henry O’Callaghan and Annie Elizabeth Coffey). William was born in Boston, Suffolk, Massachusetts. John’s parents were Irish. Annie was the daughter of Patrick T. Coffey, who was Irish, and of Mary Ann Fitzpatrick, who was of Irish descent.

A DNA test on the show Finding Your Roots with Henry Louis Gates, Jr. (2019) found that she has a common ancestor with journalist and social/political activist Gloria Steinem.