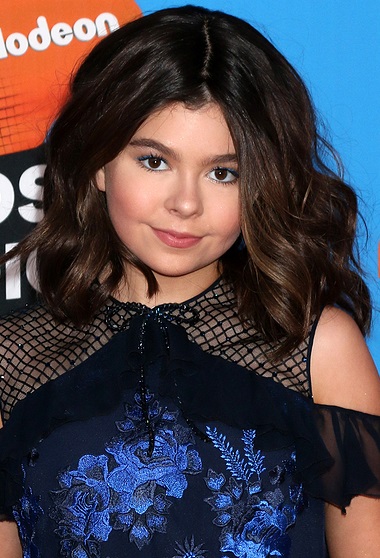 Riecke in 2018, photo by kathclick/Bigstock.com

Addison Riecke is an American actress.

Her surname comes from her paternal step-grandfather, Edward Thomas Riecke.

Addison’s paternal grandfather was John Rudolph Caruso (the son of John Francis Caruso and Emelda Mary Jung). John was the son of Albert John Caruso and Caroline Mary “Carrie” Coniglio, and was of Sicilian ancestry, with roots in Termini Imerese, Palermo. Emelda was the daughter of Rudolph Martin Jung and Annette L. Dumas, and had German, French, and Irish ancestry.

Addison’s paternal grandmother was Karen Kaye Katherine Smith (the daughter of Lawrence Pancratious Smith and Lurline Agnes Linden). Lawrence was the son of Alexander Lawrence Smith and Marie Louisa Gouvion, and was of Cajun/French, and some English and German, descent. Lurline was the daughter of Frank Anthony Linden, who was of Alsatian German descent, and Mary Ellen Doyle, who was of Irish descent.

Sources: Genealogy of Addison Riecke (focusing on her father’s side) – https://gw.geneanet.org