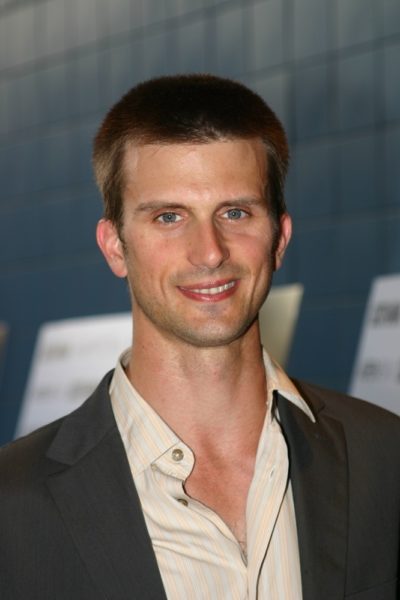 Fred Weller, also credited as Frederick Weller, is an American stage, film, and television actor. His roles include the series Missing Persons, Take Me Out, and In Plain Sight.

Fred was born in New Orleans, Louisiana, the son of Carole and Francis Weller. He is married to actress Ali Marsh, with whom he has two children.

Fred’s paternal grandfather was Garald Paul Weller (the son of Frederick/Fred Albert Weller and Theresa K. Elsner). Gerald was born in Michigan. Fred’s great-grandfather Frederick was the son of George Perry Weller and Julia Ann Knickerbocker. Theresa was German, and was born in Ravensburg, Baden-Württemberg, the daughter of Josef/Joseph Elsner and Katrina/Katharina/Catherine Elisabetha Fuchs.

Fred’s paternal grandmother was Gladys Mae Willett (the daughter of Bradford/Bradley Willard Willett and Ella Frances Smith). Gladys was born in Wisconsin. Bradford was the son of Hubert/Herbert/Hibbard Ouellet/Wilett/Willett, who was French, and of Malvina E. Hill. Ella was the daughter of Oswin/Orin Sutton Smith and Sarah Elizabeth Clark, who was from County Donegal, Ireland.

Fred’s maternal grandmother was Josephine Manzella (the daughter of Anthony/Antonino “Tony” Manzella and Francisca/Francesca Di Maggio). Josephine was born in Louisiana, to Italian parents, from Palermo, Sicily. Anthony was the son of Antonino Manzella and Giuseppa Catalano. Francisca was the daughter of Giovanni Di Maggio and Filomena Di Bartolo.