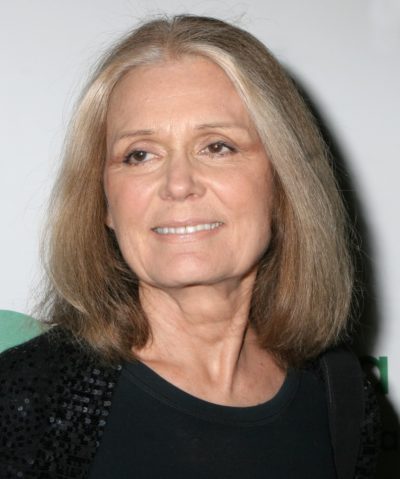 Steinem in 2007, photo by Prphotos.com

Gloria Steinem is an American feminist, journalist, and social and political activist.

Gloria is the daughter of Ruth (Nuneviller) and Leo Steinem. She was married to English entrepreneur David Bale, the father of actor Christian Bale, until David’s death.

Gloria’s paternal grandfather was Joseph Steinem (the son of Isaac/Isaak Steinem and Geitel/Gütel Hirsch). Joseph was born in Olnhausen, Württemberg, Germany. Isaac was born in Merchingen, the son of Lazarus Steinem and Bräunle Jessel. Geitel was the daughter of Lippman Hirsch and Fanny Freund.

Gloria’s paternal grandmother was Pauline Perlmutter (the daughter of Hayman/Hajman Perlmutter and Bajla/Bertha Kleczewska/Slisower). Pauline was the chairwoman of the educational committee of the National Woman Suffrage Association. She was also the first woman elected to the Toledo Board of Education, and a leader in the movement for vocational education. Pauline was born in Radziejow, Poland. Hayman was the son of Lipman Perlmutter and Chana Ryfka Leiberg. Bajla was the daughter of Juda Kleczewski/Kleczewska and Macherz Hofnung.