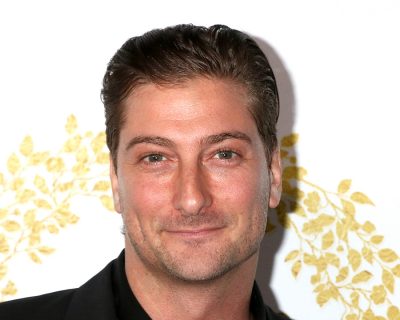 Daniel Lissing is an Australian actor. He is known for his roles on the shows Crownies, Resort, and When Calls the Heart.

Daniel was raised Jewish. His paternal grandparents were Dutch Jews, with roots in the Netherlands going back to the early 1600s. Many of his father’s family were killed in the Holocaust. His father is also more distantly descended from Jewish emigrants from Germany, Poland, Austria, Ukraine, Denmark, and Italy. Daniel’s maternal grandparents were German. It is not clear if they were also Jewish.

He is married to Nadia, who is from Poland.

Daniel’s paternal grandfather was Herman Lissing (the son of Meijer Lissing and Engelina Dresden). Herman was born in Amsterdam, Netherlands, to a Jewish family. Meijer was the son of Hijman Lissing and Sophia de Wolff. Engelina was the daughter of Samuel Dresden and Vrouwtje Canes. Meijer died in the Holocaust, in 1944, as did his mother Sophia, in Sobibór, in 1943. Engelina died in the Holocaust, in 1943, in Auschwitz, as did her parents Samuel and Vrouwtje, in 1942.

Daniel’s paternal grandmother was Rebecca “Betty/Bep” Wijnschenk (the daughter of Jacob Wijnschenk and Sara Beesemer). Rebecca was born in Amsterdam, to a Jewish family. Jacob was the son of Mozes Wijnschenk and Rebecca Schaap. Jacob died in the Holocaust, in 1944. Sara was the daughter of Levie Jacob Beesemer and Klaartje Godschalk. Sara and her father Levie died in Auschwitz, in 1942.