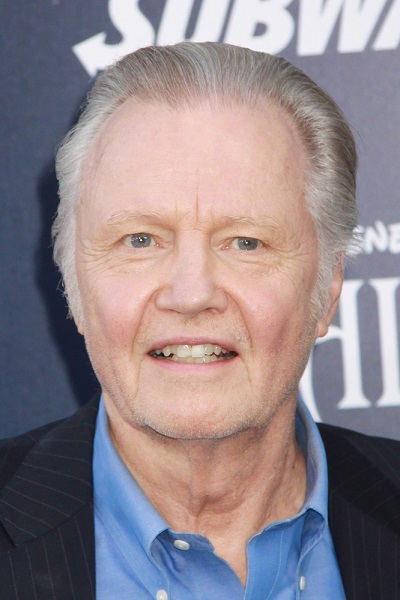 Voight in 2014, photo by Prphotos.com

Jon Voight is an American actor. He won the Academy Award for Best Actor for Coming Home (1978).

He is the son of Barbara Agnes (Kamp) and Elmer/Elmir Samuel Voight/Vojtka/Voytko. His father was of Slovak descent and his mother was of German ancestry. Jon’s children, with ex-wife Marcheline Bertrand, are actors James Haven (James Haven Voight), who is also a producer, and Angelina Jolie (Angelina Jolie Voight), who is also a filmmaker, humanitarian, and activist. He is the brother of Barry Voight, a volcanologist, and Chip Taylor, a songwriter.

Jon’s maternal grandfather was Joseph Kamp (the son of Heinrich Kamp and Theresia Baum). Joseph was born in Büren, Germany. Heinrich was the son of Franz Kamp and Bernardina Thielemeyer. Theresia was the daughter of Christina Baum.

Jon’s maternal grandmother was Margaret Franz (the daughter of Peter Franz and Barbara Seigler). Margaret was born in New York, to German parents, a father from Prussia and a mother from Bavaria.