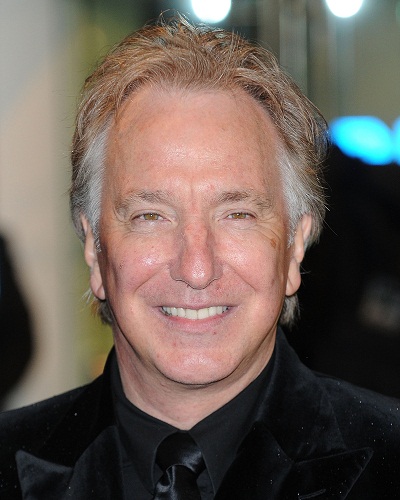 Alan Rickman was a British actor and director. He was known for playing German terrorist Hans Gruber in the film Die Hard, Severus Snape in the Harry Potter series, and other roles such as Sense and Sensibility, Love Actually, and Galaxy Quest, as well as stage work.

His father, Bernard Rickman, born in Middlesex, was of English and Irish descent. His mother, Margaret Doreen Rose (Bartlett), was born in Glamorgan, Wales, of English and Welsh ancestry. He was married to Labour Party politician Rima Horton, until his death.

One genealogy traces Alan’s patrilineal ancestry to Robert Rickman, who was born, c. 1552, in Ringwood, Hampshire, England, the son of William Rickman and Isabel Johan.