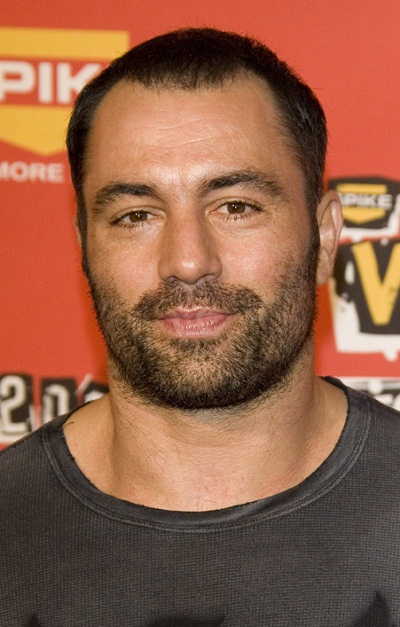 Joe Rogan is an American podcaster, comedian, actor, and television presenter. He is an Ultimate Fighting Championship (UFC) color commentator, who also hosted Fear Factor. He stated on his Twitter account that his paternal grandfather was “Pappy Rogan… straight off the boat from Ireland.” The rest of his ancestry is Italian, including Sicilian.

On an episode of his podcast Joe Rogan Experience, Joe stated that the results of his 23andme DNA test found that he is “1.6% African.” He did not elaborate on the figure but it is probable that his African heritage is North African.

Joe is married to Jessica Ditzel, and has three children. Jessica is not the daughter of comedian Robert Schimmel, as some web sites indicate.

Joe is a second cousin of singer, songwriter, musician, and comic book artist Gerard Way. They share a set of great-grandparents, Savino/Samuel Spadone and Genovieve/Genivie/Genieve/Jennie Anniziata.

Joe’s maternal grandfather was the son of Salvatore DiGerlando and Maria Assunta Bruno. They were from Alessandria della Rocca, Agrigento, Sicily, Italy.

Source: Genealogy of Joe Rogan (focusing on his mother’s side) – https://www.geni.com