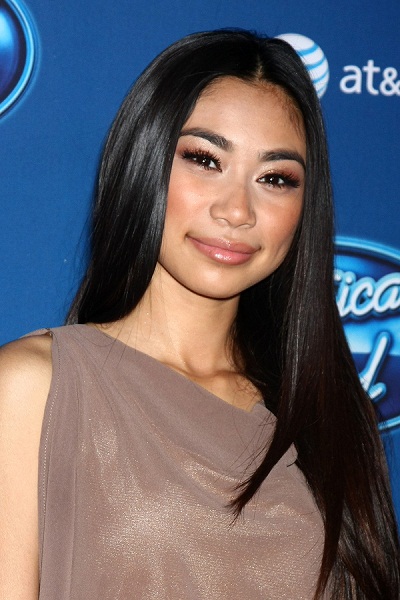 Sanchez in 2013, photo by kathclick/Bigstock.com

Jessica Sanchez is an American singer and songwriter. She was the runner-up on season seven of the singing show American Idol.

Her father, Gilbert Cavazos Sanchez, is of Mexican descent. Hhis ancestry includes Spanish, Indigenous Mexican, and African. Her mother, Edita Morandarte (Bugay), is originally from Samal, Bataan, in the Philippines, and has Aklanon ancestry.

Jessica’s maternal grandmother was Virginia “Virgie” Lim Morandarte (the daughter of Agapito Mares Morandarte and Magdalena Bartolo Lim). Virginia was born in Sampaloc, Manila, Philippines. Agapito was the son of Bruno Morandarte and Paula Mares y Moscatel. Magdalena was the daughter of Lucio Lim and Mamerta Bartolo. The surname Lim is of Chinese origin. However, it is not clear if Jessica has Chinese ancestry.