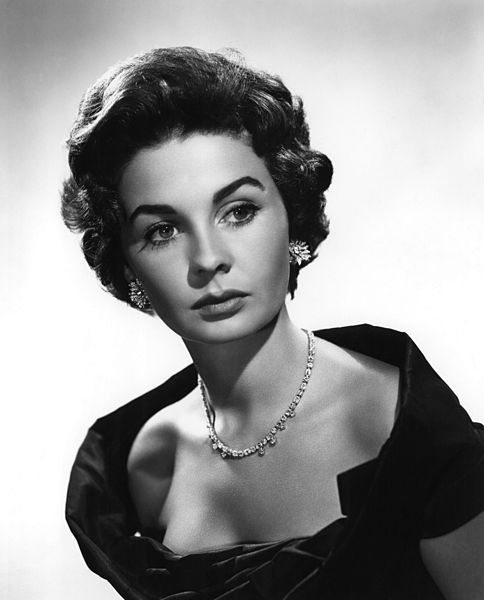 Simmons in a studio publicity photo, 1955

Jean Simmons was an English actress and singer.

She was the daughter of Winifred Aida (Loveland) and Charles Simmons, a gymnast who competed in the 1912 Summer Olympics. Jean became a U.S. citizen in 1956.