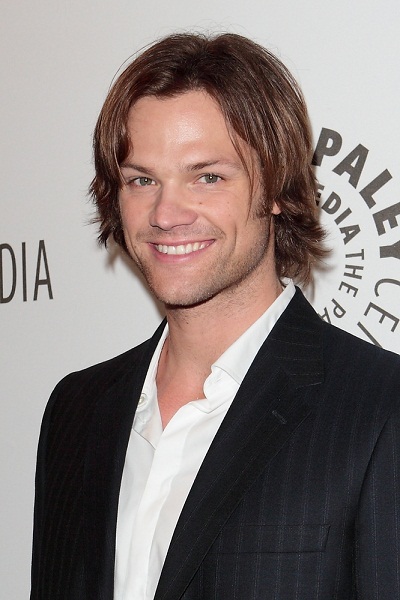 Padalecki in 2011, photo by PrPhotos.com

Jared Padalecki is an American actor. He is known for his roles as Sam Winchester on Supernatural and Dean Forester on Gilmore Girls, along with films including House of Wax (2005) and Friday the 13th (2009).

Jared’s father is of Polish descent. Jared’s mother has English, German, Scottish, and French, ancestry. He is married to actress Genevieve Cortese, with whom he has three children. Jared is 6’4″.

Jared’s maternal grandfather is Billie Roy Kammer (the son of Roy Alphon Kammer and Verna Etta Whitenburg/Whitenberg). Billie was born in Texas. Roy was the son of George Christopher Kammer, who was born in Pennsylvania, to German parents, and of Arminta Dionas McCalley. Verna was the daughter of Robert William Whitenburg and Laura Isabelle LeFevre.

Jared’s maternal grandmother is Barbara Elaine Archer (the daughter of George Milton Archer and Marie Mae Vaughn). Barbara was born in Texas. George was the son of Jessie Archer and Lula May Viola Brunson. Marie was the daughter of James Singleton W. Vaughn and Missouri Ann Dollie White.

Genealogy of Jared Padalecki (focusing on his father’s side) – http://worldconnect.rootsweb.ancestry.com

Another genealogy of Jared’s paternal grandfather, Willie Alexander Padalecki (focusing on his own father’s side) – http://worldconnect.rootsweb.ancestry.com