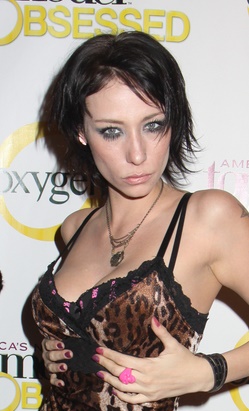 Jael Strauss was an American model. She appeared on America’s Next Top Model in 2003.

Jael’s paternal grandfather was Samuel Strauss (the son of Ferdinand “Fred” Strauss and Esther Seidler). Samuel was born in New York. Ferdinand was a German Jewish immigrant. Esther was born in Bulgaria, to a Romanian Jewish father and a Bulgarian Jewish mother, Siedler Dolsa. Bulgarian Jews are Sephardi.

Sources: Genealogy of Jael Strauss (focusing on her father’s side) – https://www.geni.com