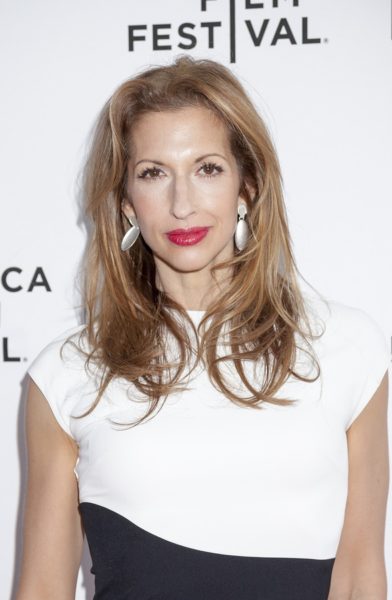 Reiner in 2016, photo by vonora/Bigstock.com

Alysia Reiner is an American actress and producer.

She is married to actor David Alan Basche, with whom she has one child.

In my house growing up, the intellect was God. We were cultural Jews. We ate bagels and lox, matzah and kugel, but we rarely went to temple and but parents didn’t fast or keep Passover. Judaism was the way we stayed connected to family, an excuse to gather, which I loved. At 11 years old when everyone started talking bat mitzvahs and my parents started talking Hebrew School, they couldn’t argue when I said, “I have no desire to do this thing, its all about big parties, materialism, and monetary gifts”.

Alysia’s paternal grandfather was Jules C. Reiner (the son of Sigmund Reiner and Esther/Ester Singer). Jules was born in New York, to parents from Galicia, Austria. Sigmund was the son of Louis Reiner and Bessie. Esther was the daughter of Leon Singer and Julia Memes.

Genealogy of Alysia’s father (focusing on his mother’s side) – https://www.ancestry.com