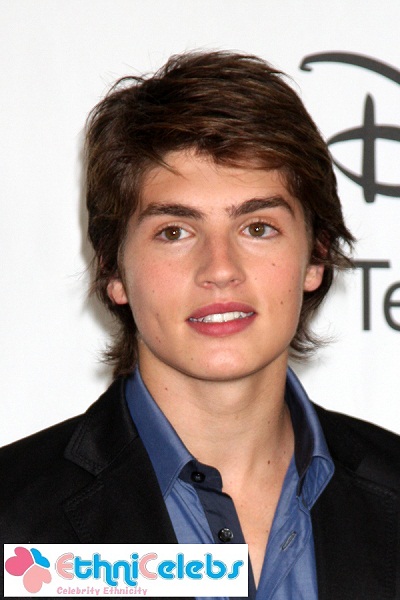 Sulkin in 2010, image via kathclick/Bigstock.com

Gregg Sulkin is a British actor. His roles include the films Sixty Six, Avalon High, White Frog, A Cinderella Story: Christmas Wish, Anti-Social, Don’t Hang Up, and Affluenza, and the shows Wizards of Waverly Place, As the Bell Rings, Pretty Little Liars, and Runaways.

He is now also a U.S. citizen. Gregg was raised Jewish, and was Bar Mitzvah by the Western Wall in Israel. His father is of Ashkenazi Jewish and Sephardi Jewish descent. His mother likely converted to Judaism.

He is also a soccer player, and participated in the 2009 Maccabiah Games in Israel.

Gregg’s paternal grandmother was Elizabeth B. Haring (the daughter of Jacob Haring and Hettie Dovey “Ettie” Da Costa). Elizabeth was born in Whitechapel, London, England. Jacob was the son of Dutch Jewish immigrants, Phillip/Philip Mozes Haring and Leah Blooma Rose. Hettie was the daughter of Aaron Gomez da Costa and Elizabeth “Betsy” Lyons, and had Sephardi and Ashkenazi ancestry.

Gregg’s maternal grandfather was Daniel Breen (the son of Henry Breen and Deborah Mary Crowley). Daniel’s parents were born in Kerry, Ireland. Henry was the son of Michael Breen and Mary Doyle. Deborah was the daughter of Abby Burkley.

Genealogy of Gregg Sulkin (focusing on his father’s side) – https://www.geni.com