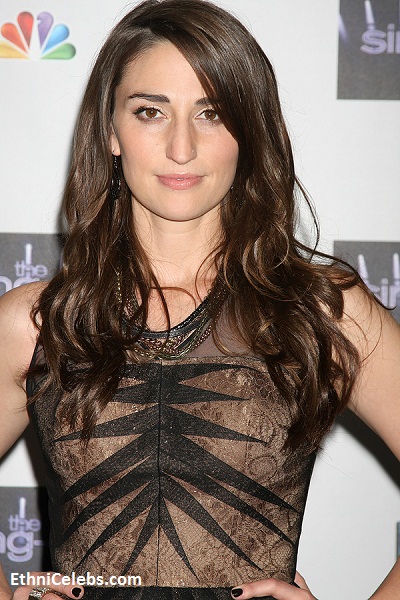 Bareilles in 2011, image via kathclick/Bigstock.com

Sara Bareilles is an American actress, singer, songwriter, and author.

Sara’s father is of one quarter French, one quarter Italian, and half Swiss-Italian, descent. Sara’s mother is of three quarters Portuguese [Azorean, Madeiran] and one quarter English/German ancestry. Sara lived in Italy for a year, speaks Italian, and was raised Catholic.