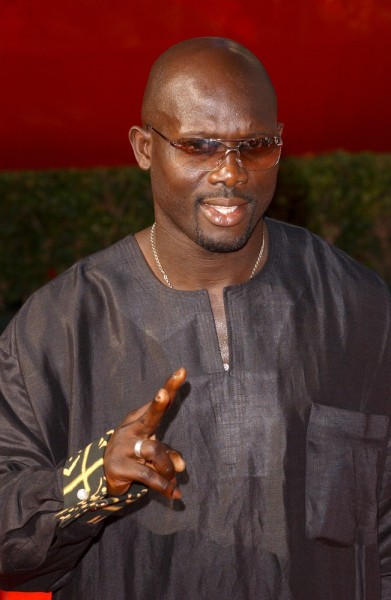 George Weah is a Liberian humanitarian, politician, and footballer. He has been President of Liberia, since 22 January 2018. He was previously a Senator for Montserrado County, from 14 January, 2015 to 22 January, 2018.

He played as a striker. George is regarded as one of the greatest African players of all time, and of his generation. In 1995, he was named FIFA World Player of the Year and won the Ballon d’Or.

He is the son of Anna Quayeweah and William T. Weah.

George is married to Clar, who is from Jamaica. He has three children.