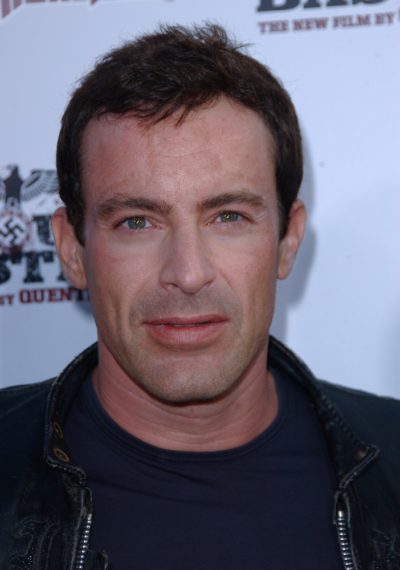 Burkhard in 2009, photo by Prphotos.com

Gedeon Burkhard is a German film and television actor. He is known for his roles in the television series Kommissar Rex and the film Inglourious Basterds.

Gedeon is the son of Elisabeth von Molo, an actress, and Wolfgang Burkhard.

Gedeon’s maternal grandfather was Conrad Kurt von Molo (the son of Walter von Molo and Rosa Richter). Conrad, a film producer and editor, was born in Vienna, Austria. Walter was a German-language writer, and he was born in Šternberk, Moravia, Austria-Hungary (now in Czech Republic), to German parents from Bavaria.

Gedeon’s maternal grandmother was Beate Moissi (the daughter of Alexander Moissi and Maria Anna Urfus). Beate was born in Munich, Bavaria, Germany. Gedeon’s great-grandfather Alexander, also known under his birth name Alessandro Moissi in Italian or as Aleksandër Moisiu in Albanian, was a notable stage and silent film actor, born in Trieste, Austria-Hungary (now in Friuli Venezia-Giulia, Italy). He was the son of Konstantin Moisiu, an Albanian entrepeneur from Kavajë, and Amalia di Rada, who was from Trieste and of Arbëreshë background (ethnic Albanians living in Italy), and whose own father was from Florence, Tuscany, Italy. Gedeon’s great-grandmother Maria Urfus, an actress, was born in Teplice, Bohemia, and was the daughter of Zdenko Vincenz Bohumil Urfus and Maria/Marie Ferdinanda Hlatky.

Alexander Moissi’s father is sometimes described as being of Vlach/Aromanian background (a Romance ethnic group native to the Balkans).

Although a Christian, during his life Alexander Moissi was often labeled by the press in Germanic countries as Jewish or of at least partial Jewish descent due to his name (which translates to Moses) and his friendly relationship with fellow Jewish actors at a time when anti-Semitism was on the rise.

Source: Genealogy of Aaron Burckhard (focusing on his mother’s side) – https://www.geni.com