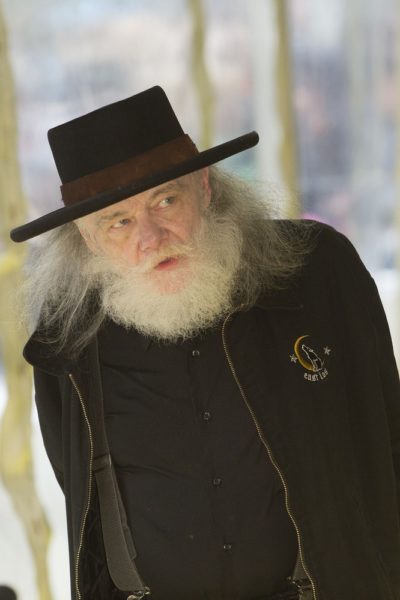 Garth Hudson is a Canadian multi-instrumentalist. He was the organist, keyboardist, and saxophonist of the rock band The Band. Other members of The Band included Rick Danko, Levon Helm, Richard Manuel, and Robbie Robertson.

Garth is the son of Olive Louella (Pentland) and Frederick James Hudson. He is married to singer and actress Maud.

Garth’s paternal grandfather was Wilbert/William Sydney Hudson (the son of Thomas B. Hudson and Emily Kimball). Wilbert was born in London, Middlesex, Ontario. Thomas was the son of English parents, Henry/Harry Hudson and Ann/Anne Blythe. Emily was the daughter of Nelson Kimball and Mary Wood.

Garth’s maternal grandfather was The Rev. Simon Van Renselhart Pentland (the son of Thomas Pentland and Elizabeth Van Norman). The Rev. Simon was born in Ashfield, Huron County, Ontario. Thomas was the son of Irish parents, Samuel Pentland and Mary Jane Finnegan/Finnigan, who were from Kircubbin, Northern Ireland.

Genealogy of Garth’s father (focusing on his own mother’s side) – http://wc.rootsweb.ancestry.com

Genealogy of Garth’s mother (focusing on her father’s side) – http://findagrave.com