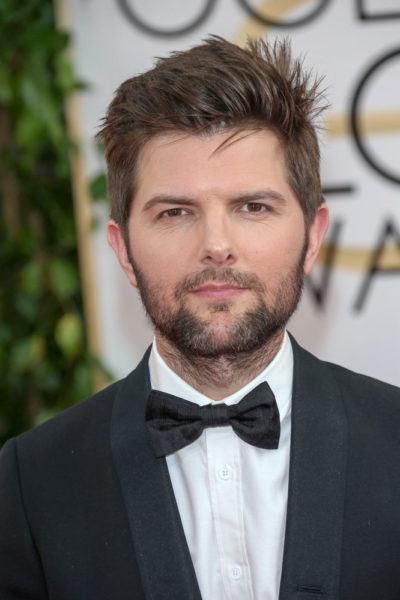 Adam Scott is an American actor, comedian, producer, and podcaster. He is known for playing Ben Wyatt on the NBC sitcom Parks and Recreation, among other roles including Severance, Krampus, Party Down, Big Little Lies, The Good Place, Step Brothers, and Hellraiser: Bloodline.

Adam is the son of Anne and Douglas Scott, who were teachers. His father is of Scottish, Dutch, as well as Irish, English, and distant French, descent. His mother is of half Italian (specifically Sicilian) and half British/Irish descent. His Sicilian ancestors were from Palermo. Adam is married to Naomi Sablan, with whom he has two children.

Adam’s paternal grandfather was Howard Donald Scott (the son of Andrew Jackson Scott and Lydia Coombs Van Cleave). Howard was born in Nebraska. Andrew was born in Ohio, the son of Francis Scott, who was Irish, and of Mary Hervey, who was Scottish. Lydia was born in Iowa, of mostly Dutch descent, and was the daughter of Benjamine/Benjamin C. Van Cleave and Nancy Griffin/Griffen Van Cleave.

Sources: Genealogy of Adam’s father (focusing on his own father’s side) – http://wc.rootsweb.ancestry.com

Genealogy of Adam’s father (through his own brother, focusing on his own father’s side) – http://www.ancestry.com

Genealogy of Adam Scott (focusing on his mother’s side) – http://photos1.blogger.com

Genealogy of Adam’s maternal grandfather, Salvatore Vincent Quartararo (focusing on his own father’s side) – http://www.findagrave.com