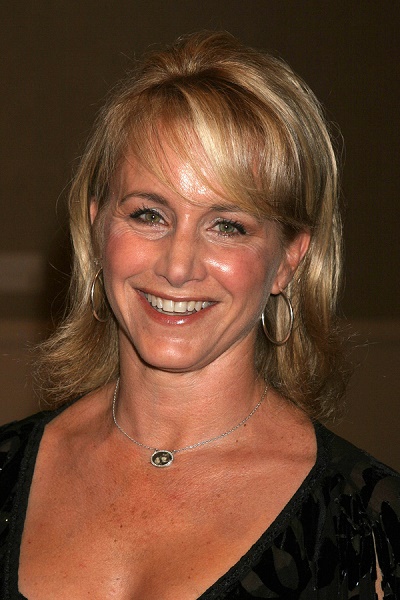 Carteris in 2006, photo by s_bukley/bigstock.com

Gabrielle Carteris is an American actress and trade union leader. She is known for playing Andrea Zuckerman on the series Beverly Hills, 90210. She has served as President of the Screen Actors Guild‐American Federation of Television and Radio Artists (SAG-AFTRA), since April 9, 2016.

Gabrielle is the daughter of Marlene and Ernest Carteris. Her father was of Greek ancestry and her mother was Ashkenazi Jewish. Gabrielle was raised Jewish. It is possible that her father converted to Judaism.

Gabrielle practices Judaism, and belongs to a Reform Jewish temple.

Gabrielle is married to stockbroker Charles Isaacs, with whom she has two children.

Sources: Genealogy of Gabrielle Carteris (focusing on her mother’s side) – https://www.geni.com