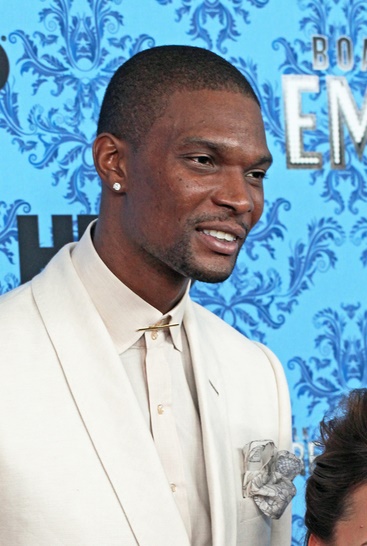 Chris Bosh is an American professional basketball player. He played for the Miami Heat of the National Basketball Association (NBA). Chris is the son of Freida Lynn (Wesson) and Noel Clayton Bosh, who are both African-American. Chris is married to model, beauty pageant contestant, and businessperson Adrienne Bosh. He has a daughter with his former partner Allison Mathis; and five children with Adrienne.

Chris’s paternal grandfather was Jack Bosh (the son of Tobe Bosh and May/Mae Elder Wilkerson). Jack was born in Alabama. Tobe was the son of Abe/Nelson Bosh an Cely Ann/Celan/Sela Ann Davis.

Chris’s paternal grandmother was Alline/Aline DeJewel Dibble (the daughter of Henry Dibbles and Mable Jones). Alline was born in Texas. Henry was the son of Philip Dibbles and Dorcas Morney.