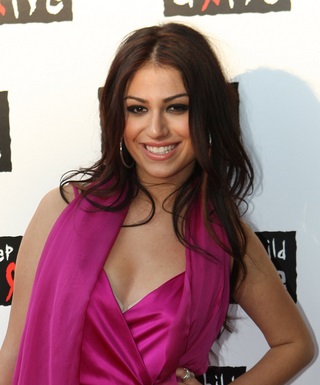 Gabriella Cilmi is an Australian singer and songwriter. She is a multiple ARIA Music Award-winner. Her awards include Single of the Year, Best Female Artist, Best Pop Release, and Highest Selling Single.

Her parents are from Italy. When talking about her childhood, she has described it as a happy time growing up in Dandenong, Melbourne. However, she stated that her parents faced comparatively more discrimination when they arrived in Australia.

Gabriella’s paternal grandfather was Vito Cilmi (the son of Giuseppe Cilmi and Marianna Barravecchio). Vito was an Italian emigrant, from Vizzini, Province of Sicily.

Gabriella’s paternal grandmother was Lucia Brasacchio (the daughter of Domenico Brasacchio and Maria Astorino). Lucia was from Pallagorio, Province of Crotone, Calabria, Italy. Pallagorio is an Arbëreshë (ethnic Albanian in Italy) village, so Gabriella likely has some Arbëreshë heritage.