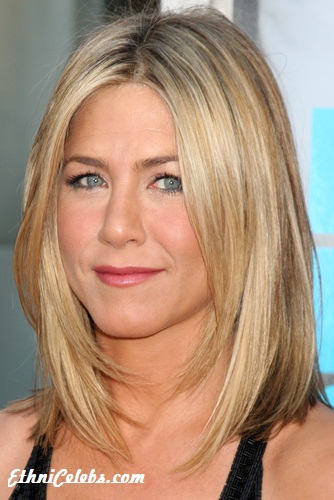 Jennifer Aniston is an American actress, director, producer, and businessperson. She is known for her roles in Leprechaun, Friends, The Good Girl, Office Space, Bruce Almighty, and Office Christmas Party, among many other works. She is the daughter of Greek-born actor John Aniston (born Yiannis Anitios Anastasakis) and American-born actress Nancy Dow. Her half-brother is assistant director and second-unit director John T. Melick III.

Jennifer’s father was a friend of actor Telly Savalas. Savalas was Jennifer’s godfather. Jennifer’s mother was of one quarter Italian-Arbëreshë (Albanian), as well as of Scottish, and some English, descent; some of her ancestors were from Canada. Jennifer was raised in New York City.

On Inside the Actors Studio (2011), Jennifer stated that her mother also had Irish, as well as “a little splash of Greek,” ancestry; it is not clear where on her mother’s family tree Greek ancestry came from. Jennifer’s great-grandfather’s surname, Grieco, is a variant of the Italian surname Greco, which literally means “Greek.” The name may occur among the Arbëreshë.

Jennifer’s paternal grandmother was Stella A. Joanna Koume/Mazethek (the daughter of Marcus Koumis and Katina Piplaki). Stella was born on Crete.

Jennifer’s maternal grandfather was Gordon McLean Dow (the son of Francis Dow and Ellen Sarah McLean). Gordon was born in Houlton, Maine. Francis was born in St. Stephen, New Brunswick, Canada, to a Scottish immigrant father, James Dow, and a mother of Scottish descent, Katherine Stewart. Ellen was born in St. Francis, Maine, the daughter of Neil McLean and Mary Henderson; three of Ellen’s grandparents were Scottish immigrants, while Ellen’s maternal grandmother, Sarah Ann Diamond, was born in Campbelltown, New Brunswick, to American parents, who were descended from English emigrants of the Colonial American period.

Jennifer’s maternal grandmother was Louise Mae Grieco (the daughter of Louis Grieco and Mae/May I. Dunbar). Louise was born in New Jersey. In U.S. Censuses, Jennifer’s great-grandfather Louis lists himself as having been born in either Italy or New York; on the 1920 and 1930 U.S. Censuses, Louis states that his parents were born in Albania and spoke Albanian. Jennifer’s mother Nancy wrote in her book, From Mother and Daughter to Friends: A Memoir, 1999, that Louis was born in Mèlito di Porto Salvo, Italy. It is likely that his family was from the Arbëreshë community, ethnic Albanians who lived in Italy. They may have been from Maschito, an Arbëreshë enclave in Basilicata.