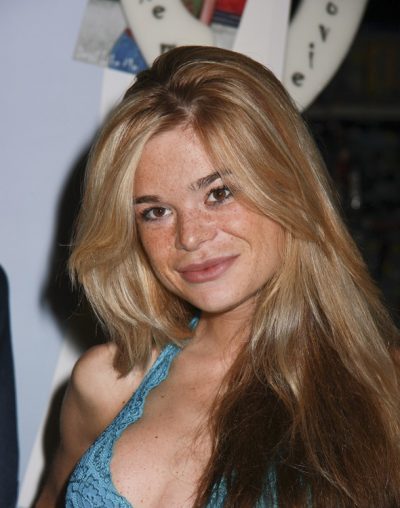 Ellen Muth is an American actress. She is known for her role as Georgia Lass on the show Dead Like Me.

Ellen’s maternal grandfather was George Hubbard (the son of George Graham Hubbard and Thelma Kaercher/Karcher). Ellen’s grandfather George was born in Colorado. Ellen’s great-grandfather George was born in China, the son of The Rev. George Henry Hubbard and Ellen Louisa/Louise Peet, who was born in Foochow, China, and whose own father was The Rev. Lyman Burt Peet. The family were missionaries who worked in China. Ellen’s great-grandmother Thelma was the daughter of Charles Edward Karcher and Emma Margaret Schwindt, who were of German origin.