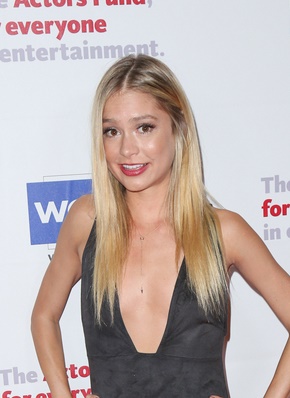 McLemore in 2016, photo by prphotos.com

Elle McLemore is an American actress.

She was born in Honolulu, Hawaii, the daughter of Gail and Michael McLemore. She was raised in Las Vegas, Nevada.