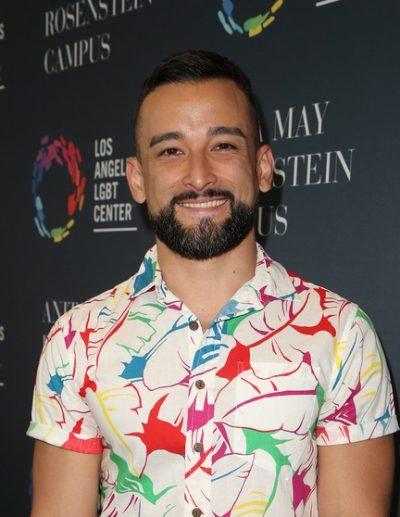 Mark Kanemura is an American dancer. He was a contestant on the show So You Think You Can Dance.

Mark is the son of Noralynn Mae Samalaulu Schubert and Mark Yoshio Kanemura.

Mark’s paternal grandparents are Kenneth Masaki Kanemura (the son of Hikoza Kanemura and Ito) and Mildred M. (possibly Maeda or Kaneshiro). Hikoza and Ito were Japanese immigrants. Mildred was also of Japanese descent.

Mark’s maternal grandfather is Peter Kovner Schubert, Jr. (the son of Peter Schubert and Henrietta Martin). Mark’s great-grandfather Peter was the son of Kuzma/Kozma/Cosnia/Casmir Feodor/Frederick Kovner, who was born in Poltava, Ukraine, of Ukrainian and Russian descent, and of Mary Soledad Juarez Munoz, who was born in Grenada, Andalusia, Spain. Henrietta was born in Hawaii, the daughter of Portuguese parents, Manuel Pereira Martins and Felismina De Jesus Vasconcelos.

Mark’s maternal grandmother is Theresa Mae Scanlan (the daughter of John Patrick Scanlan and Nora Lucille Falasamoafalaulaula Reed). John and Nora were born in Fagatogo, Tutuila, American Samoa. John was the son of Charles Scanlan, whose father had Irish and English ancestry, and of Pipi’imale’ele’ele Mulipola Su’a. Nora was the daughter of Marion Elmer Reed, who was born in Kansas, and of Fa’aalaitaua Fagafaga Le’aeno Papali’i.