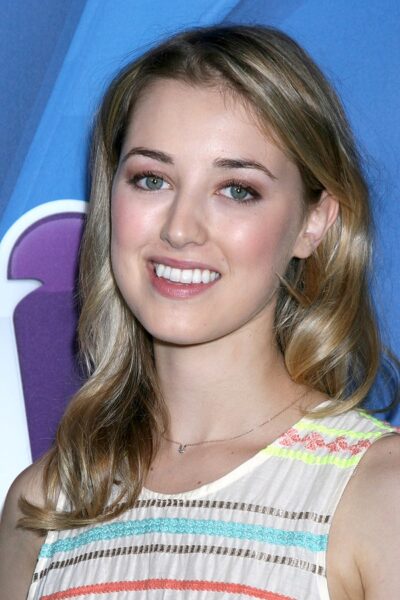 Ella Rae Peck is an American actress. She has appeared on the shows Gossip Girl and Deception.

Ella’s paternal grandfather was Verne Arthur Peck (the son of Harry Earl Arthur Peck and Hazel A. Sanders). Verne was born in Minnesota. Harry was the son of Alonzo L. Peck and Josephine L. Adams, and had some deep roots in the U.S. Hazel was the daughter of Norwegian immigrants, Olaus G. Sanders and Hellen/Helena Hanson.

Ella’s maternal grandfather was Eldan Aspedon “El” Archer (the son of Daniel Harry Archer and Lurinda Aspedon). Eldan was born in Missouri. Daniel was the son of Thomas Edward Archer, who had deep roots in the U.S., and of Margaret Ellen McDonald, whose father, and maternal grandparents, were Scots-Irish/Northern Irish. Lurinda was the daughter of James Aspedon, a Scottish immigrant, and of Margaret O’Connell, whose own parents were Irish.

Ella’s maternal grandmother was Dolores Jervase Gullickson (the daughter of Herman John Gullickson and Martha Josephine Idland). Dolores was born in Minnesota. Herman was the son of Olaus Gullick Gullickson, whose parents were Norwegian, from Buskerud and Toten, respectively; and of Leve Berge Ivenson, who was also Norwegian. Martha was the daughter of Norwegian immigrants, Martin D. Idland and Bratha.