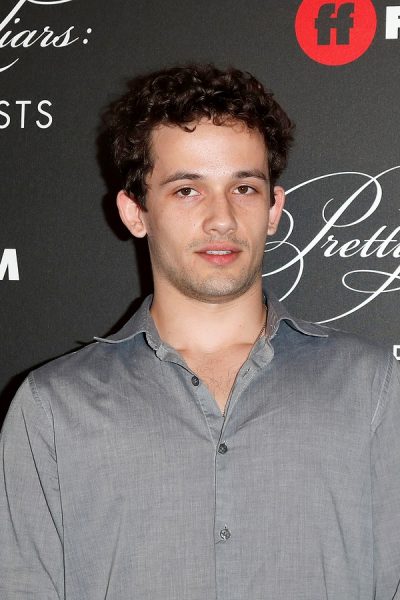 Brown in 2019, photo by kathclick/www.bigstockphoto.com/

Eli Brown is an American actor, singer, and songwriter. He is known for his roles in the series Pretty Little Liars: The Perfectionists (2019) and in the movie The F*ck-It List (2020).

Eli’s paternal grandfather was Leonard Charles Brown (the son of Charles Willard Brown and Thelma Ruth Williamson). Leonard was born in Grand Rapids, Michigan. Eli’s great-grandfather Charles was the son of Willard J. Brown and Cora Underhill. Thelma was the daughter of Joseph C. Williamson, who was English, and of Harriet Davis Notter, whose father was Canadian.

Eli’s maternal grandfather is Richard Kent “Rick” Marcus (the son of Eugene Howard Marcus and Velva Gertrude Darling). Richard was born in California. Eugene was born in Illinois, the son of Lithuanian Jewish parents, Moses/Maurice Marcus and Rosa Kleinovitz/Klein. Vera was born in Minnesota, the daughter of Seymour Orlando Darling and Belle Ingeborg/Irene Vedvig, whose own parents were Norwegian, with roots in Sigdal kommune, Buskerud fylke.

Eli’s maternal grandmother was Margaret Clair “Susan” Trotter (the daughter of Robert Moore Trotter and Clarice/Claire Lillian Violet Anderson). Susan was born in Washington. Robert was born in North Carolina, the son of John Scott Trotter and Leila/Selia Fair Bias. Eli’s great-grandmother Claire was born in Washington, the daughter of Harry Anderson, who was Swedish, and of Clara Amanda Anderson, whose parents were Swedish, with roots in Kronoberg, Örebro.