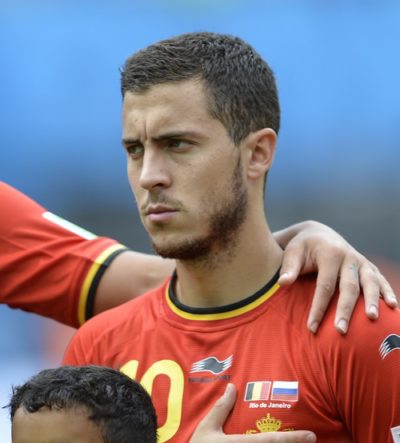 Hazard in 2014, photo by Celso Pupo/Bigstock.com

Eden Hazard is a Belgian professional footballer. He plays for Real Madrid and the Belgium national team.

Eden is the son of Carine and Thierry Hazard, who are also professional footballers, as are his brothers, Thorgan Hazard and Kylian Hazard. He was raised in Braine-le-Comte, Belgium.

Eden is married to Natacha Van Honacker, with whom he has three children.