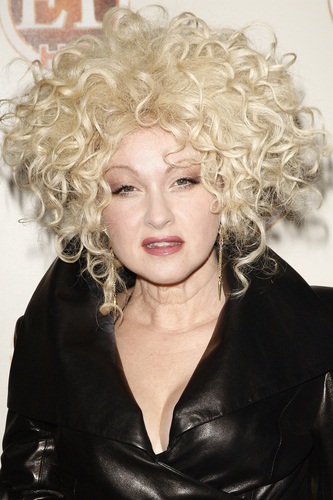 Cyndi Lauper is an American singer, songwriter, actress, and activist.

She is the daughter of Catrine Gallo and Frederick Arthur Lauper. Her mother used the stage name Catrine Dominique. Cyndi is married to actor David Thornton, with whom she has a son.

A DNA test whose results were displayed on the show Finding Your Roots with Henry Louis Gates, Jr. (2023) stated that Cyndi’s genetic ancestry consists of:

Cyndi’s patrilineal line can be traced to Christen/Christian Lauper, who was born, c. 1614, in Allenwil, Schüpfen, Bern, Switzerland, and to his wife, Anna Lauper.

Cyndi’s paternal grandfather was Alfred Lauper (the son of Bendicht/Benedict Lauper and Juliana Elisabeth Götz). Alfred was born in Diepholz, Germany, to a Swiss father, of Swiss-German descent, and a German mother. Bendicht was the son of Nikolaus Lauper and Anna Maria Stähil.

Cindy’s maternal grandfather was Sebastiano “Benny” Gallo (the son of Francesco “Frank” Gallo and Domenica Pampalone). Benny, and his parents, were Italian emigrants, from Palermo, Sicily. Francesco was the son of Vicenzo Gallo and Giuseppa Arena. Domenica was the daughter of Sebastiano Pampalone and Geatana Mazza.

Cindy’s maternal grandmother was Concetta Pampalone (the daughter of Giacomo Pampalone and Grazia Dellaira/Dell’Aira). Concetta, and her parents, were Italian emigrants, from Palermo, Sicily. Giacomo was the son of Sebastiano Pampalone and Gaetana Mazza.

Genealogy of Cyndi Lauper (focusing on her father’s side) – https://www.geni.com