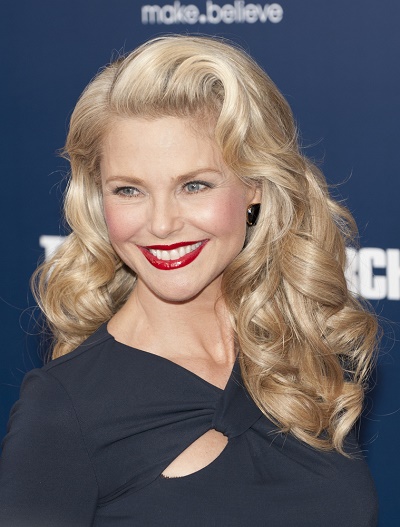 Brinkley in 2011, photo by Prphotos.com

She has German, Irish, English, and Scottish ancestry. Christie is the daughter of Marjorie Marie (Bowling) and Herbert Hudson. Her stepfather, who adopted her, was television writer, director, and producer Don Brinkley (Donald Alan Brinkley). Don was Jewish (his family’s original surname was Brinkman).

Christie’s paternal grandfather was Herbert A. Hudson (the son of Harrison C. Hudson and Anna Elizabeth McFernon/McLernon). Herbert was born in Indiana. Harrison was the son of Allen B. Hudson and Samantha Melissa Gurnee. Anna was Irish.

Christie’s maternal grandfather was William Harrison Bowling (the son of Anderson R. Bowling and Armilda Jane Hacker). William was born in Illinois or Kentucky. Anderson was the son of Delany Bowling and Sarah/Sallie Spicer. Armilda was the daughter of Logan Hacker and Susan Burns.

Christie’s maternal grandmother was Ida “Mamie” Henson (the daughter of James Henry Henson and Lucy Catherine Abner). Ida was born in Kentucky. James was the son of Jesse Henson and Nancy Jane Henson. Lucy was the daughter of William Squire Abner and Elizabeth Julia Cottongim.