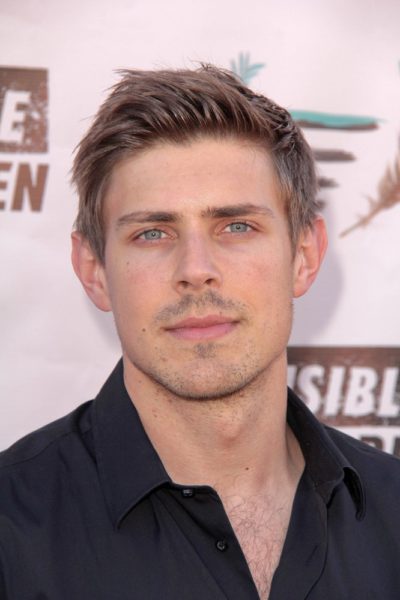 Chris Lowell is an American actor. He is known for his roles on the series Veronica Mars, Private Practice, and GLOW, and others.

He has one child with his partner, New Zealand-born actress Kerry Bishé.

Chris’ paternal grandfather was Darrel Dean Lowell (the son of Loyd Norman Lowell and Thora Alberta Grinstaff). Darrel was born in Kansas. Loyd was the son of Guy Russell Lowell and Maude Sadie Nutter. Thora was the daughter of Milford Franklin Grinstaff and Carrie May Croissant, whose father was French. Thora also had a significant amount of German ancestry.