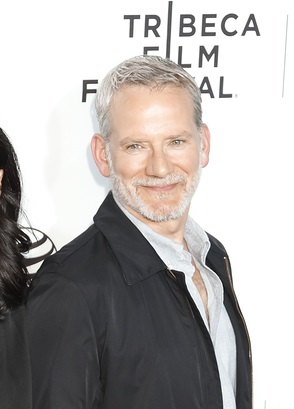 Scott in 2015, photo by vonora/Bigstock.com

Campbell Scott is an American actor, director, producer, and voice over artist.

Campbell’s father had English, Irish, Scottish, and German (with roots in Rhineland-Palatinate) ancestry. Campbell’s mother, who was born in Canada, was of Irish, and Danish, English, and German, descent.

Campbell’s paternal grandfather was George Dewey Scott (the son of William Henderson Scott and Hettie McPeak/McPeek). George was born in Virginia. William was the son of Lilburn Jackson Scott and Mary Caroline Berry. Hettie was the daughter of James Troy McPeek and Julia Ann Austin.

Campbell’s maternal grandmother was Frances Marie Woods (the daughter of Thomas Woods and Elizabeth MacDonald). Frances was born in Sainte-Cécile-de-Masham, Les Collines-de-l’Outaouais, Québec. Thomas was the son of Archibald Woods, whose parents were Irish, with his father having been from County Armagh; and of Eliza Jane Livingstone, whose parents were also Irish. Campbell’s great-grandmother Elizabeth was the daughter of Duncan McDonald and Frances Ann Johnston.