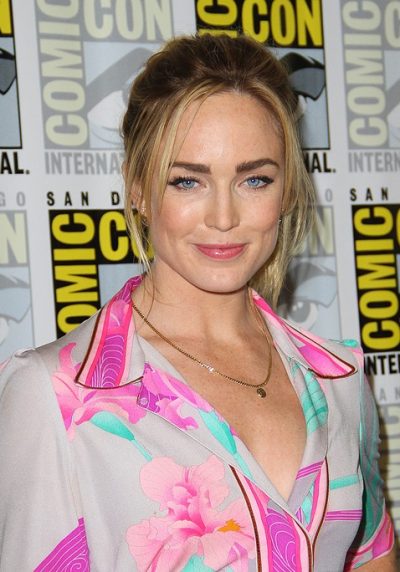 Caity Lotz is an American actress, dancer, and singer. She is known for her roles on the shows Death Valley, Arrow, and Legends of Tomorrow, and in the film The Pact.

Caity’s paternal grandfather was Amos N. Lotz (the son of Reinhart Lotz and Marie Van Rossen). Amos was born in Riverdale, Illinois. Reinhart was the son of William Frederick Lotz and Wilhelmina Gosewisch, and was of German descent. Marie was the daughter of Dutch parents, Eimert Jan Van Rossum and Jenneke/Johanna Verweij.

Caity’s paternal grandmother was Betty Ann McShane (the daughter of Edward McShane, Jr. and Martha Louise Taber). Betty was born in Chicago Heights, Illinois. Edward was the son of Irish parents, Edward McShane, Sr. and Mary Warren. Martha was the daughter of James William Taber and Missouri Judy Butler, and had deep roots in the U.S.

Caity’s maternal grandmother was Charlette Ann Linder (the daughter of John Raleigh Linder and Clare Louise Dunker). Charlette was born in Nebraska. John was the son of Emil Linder and Ellen Charlotte Linder, and all of his own grandparents were Swedish. Clare was the daughter of Frederick Wilhelm Dunker, a German emigrant, and of Marie Louise Nobis, whose parents were also German.