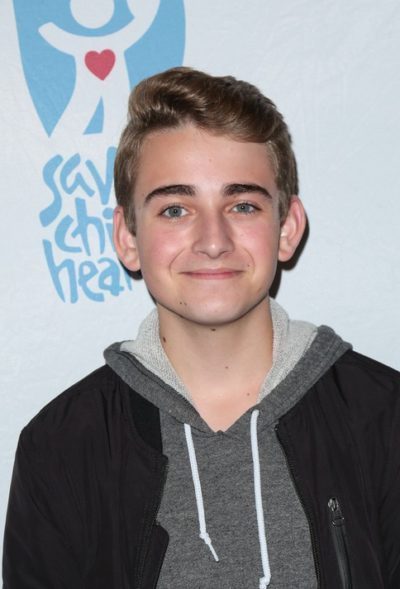 Handleson in 2016, photo by Prphotos.com

Buddy Handleson is an American actor.

Buddy’s paternal grandfather was Peter Joseph Handleson (the son of James Paul Handleson and Mietje/Mietze/Mitzi Catherine Spetter/Spetler). Peter was born in Illinois. James was born in Missouri, the son of Peter Alexander Handleson, whose parents were from Denmark and Germany, and of Ellen Leona “Nellie” Sanders, who was born in Texas. Mietje was born in New York, to parents from the Netherlands, Joseph Spetter, from Rotterdam, Zuid-Holland, and Antje Levie, from Etten-Leur, Noord-Brabant, who were Dutch Jews, with some German Jewish roots.

Buddy’s maternal grandmother was Jacquelyn Ann Costello (the daughter of James John Costello and Dorothy Ethel Loveland). James was of Irish descent, and was the son of Thomas J. Costello and Alice Walsh. Dorothy was the daughter of Frank Edward Loveland and Irma Susanna Homeister, who herself born in Ľubica, Kežmarok, Slovakia, to ethnic German parents.