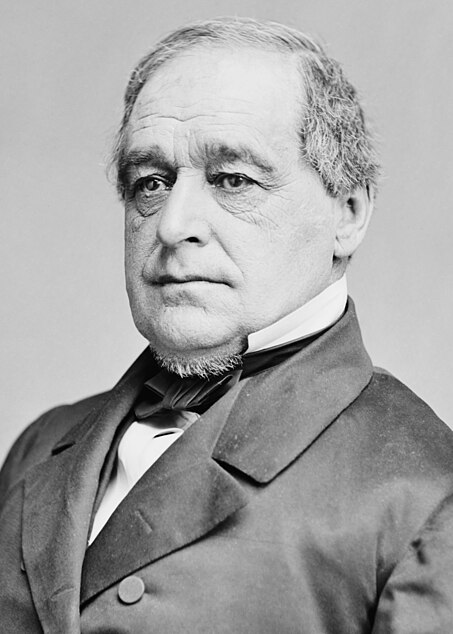 Vice President Hamlin was the son of Anna (Livermore) and Cyrus Hamlin. His great-uncle, Samuel Livermore, was a U.S. Senator from New Hampshire, from 1793 to 1801, and President pro tempore of the U.S. Senate, in 1796 and 1799.

Vice President Hamlin was married to Sarah Jane Emery, until her death, and then to Ellen Vesta Emery, until his death. Sarah and Ellen were half-sisters, and the daughters of Stephen Emery, who was Attorney General of Maine. He had four children with Sarah, and two with Ellen.

Vice President Hamlin was of English descent, including numerous Mayflower passengers among his ancestry, a few of whom were among his great-great-great-grandparents.

Vice President Hamlin’s patrilineal line can be traced to Giles Hamblin, who was born, c. 1590, in Devon, England. Assertions that the Hamlin family is German, which were included among other places in a 2018 final clue on the show Jeopardy!, are not correct.

Vice President Hamlin’s maternal grandfather was Elijah Livermore (the son of Samuel Livermore and Hannah Brown). Elijah was born in Massachusetts. Samuel was the son of Jonathan Livermore and Rebecca Barnes. Hannah was the daughter of William Brown and Hannah Pease/Peas.

Genealogy of Hannibal Hamlin (focusing on his father’s side) – https://www.findagrave.com