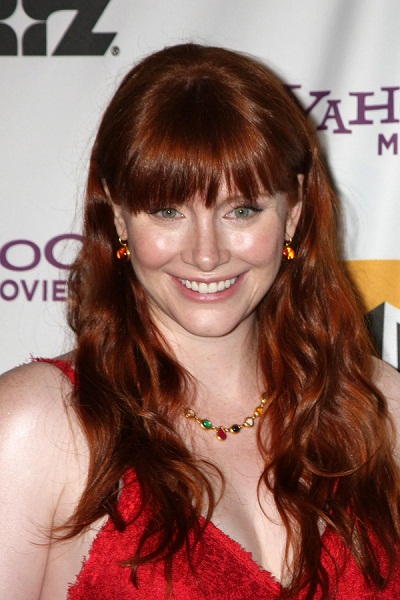 Howard in 2011, photo by kathclick/Bigstock.com

She is the daughter of actor, director, and producer Ron Howard (Ronald William Howard) and writer Cheryl Howard Crew (née Alley), the niece of actor Clint Howard, and the sister of actress Paige Howard. Bryce is married to actor Seth Gabel, with whom she has two children.

Bryce’s paternal grandfather was Rance Howard (born Harold Rance Beckenholdt, the son of Engel/Engle E. Beckenholdt and Ethel Cleo Tomlin). Rance was born in Oklahoma, and changed his surname to Howard when he became an actor. Engel was the son of J. Heinrich/Henry Beckenholdt and Caroline Engelking, who were of German descent. Ethel was the daughter of Ralph Jedediah Tomlin and Carrie Melissa Freeman.

Bryce’s maternal grandmother was Vivian Joyce Schmid (the daughter of Lester Simmons Schmid and Lillian Bertha Schulz). Vivian was born in Wisconsin, and was of German or mostly German descent. Lester was the son of Fredrick Wilhelm Schmid and Avis Mary Simmons. Lillian was the daughter of Heinrich August “Henry” Schulz and Clara H. Haelfrisch. Heinrich was born in Rio Grande do Sul, Empire of Brazil, of German descent.

Bryce’s matrilineal line can be traced back to Henrietta Louise Pautz, who was born, c. 1833, in Germany.

Genealogy of Bryce’s maternal great-grandmother, Lillian Bertha Schulz (focusing on her own mother’s side) – http://worldconnect.rootsweb.ancestry.com