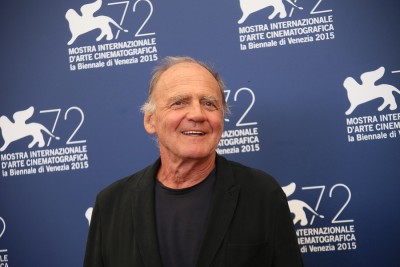 Ganz in 2016, photo by Denis Makarenko/Bigstock.com

Bruno Ganz was a Swiss actor. He is known for playing Adolf Hitler in the 2004 film Downfall. He starred in many German productions. His father was Swiss and his mother was Italian, from northern Italy.

He had a son with his wife Sabine.