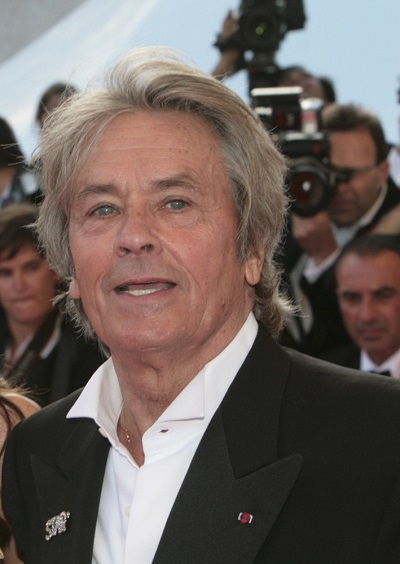 Alain Delon is a French actor and businessperson. He has both French and Swiss citizenship.

Alain was born in Sceaux, Seine (now Hauts-de-Seine), Île-de-France, a suburb of Paris, to Édith Marie Suzanne (Arnold) and François Fabien Delon. Alain’s father was of half French and half Corsican Italian descent. Alain’s mother had German/Swiss-German and French ancestry.

Before acting career, Alain joined the French Navy to serve in the First Indochina War. He holds Swiss citizenship.

Alain’s maternal grandfather was Alfred Louis Arnold (the son of Jost Aloïs Arnold and Odile Marie Adèle Liennemann). Alfred was born in Paris, Île-de-France, France, and was of mostly German and Swiss-German, and some French, origin. Jost was the son of Aloïs “Justin” Arnold, who was born in Altdorf, Uri, Switzerland, and of Maria Anna Walker, whose family is also from Silenen, also in Uri. Odile was the daughter of Louis Liennemann and Marie Guerre.

Genealogy of Alain Delon (focusing on his father’s side) – https://www.geni.com

Genealogy of Alain’s father (focusing on his own father’s side) – http://gw.geneanet.org