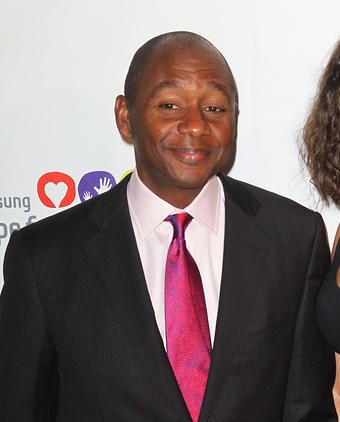 Marsalis in 2011, photo by Debby Wong/Bigstock.com

Branford Marsalis is an American saxophonist, composer, and bandleader. He is the son of Dolores (Ferdinand), a jazz singer, and Ellis Louis Marsalis, Jr., a jazz pianist and educator. His siblings are jazz musicians Jason Marsalis, Wynton Marsalis, Ellis Marsalis III, and Delfeayo Marsalis. He is married to Nicole.

A DNA test taken by the show Finding Your Roots with Henry Louis Gates, Jr. (2012) stated that Branford’s genetic ancestry is:

Branford’s paternal grandfather was Ellis Louis Marsalis (the son of Simmie/Simeon Black/Marsalis and Rosa Gayden). Branford’s grandfather Ellis was born in Mississippi, and was a prominent businessperson and social activist. Marsalis was the surname of Simmie’s stepfather. Simeon’s mother was Elizabeth Montgomery.

Branford’s maternal grandmother was Leona Learson (the daughter of Richard Learson and Clotilde/Clothilde Eugene). Leona was born in Louisiana. Richard’s grandparents were Johann/John Reinhard Learson, a German immigrant, and a free woman of color, Mertay Valentine. Clothilde was the daughter of Mary Rose Dejan.

Genealogy of Branford Marsalis (through his brother, Wynton Marsalis) – http://www.wargs.com

Genealogy of Branford Marsalis (focusing on his father’s side) – https://www.geni.com

Genealogy of Branford’s father (focusing on his own father’s side) – https://www.wikitree.com