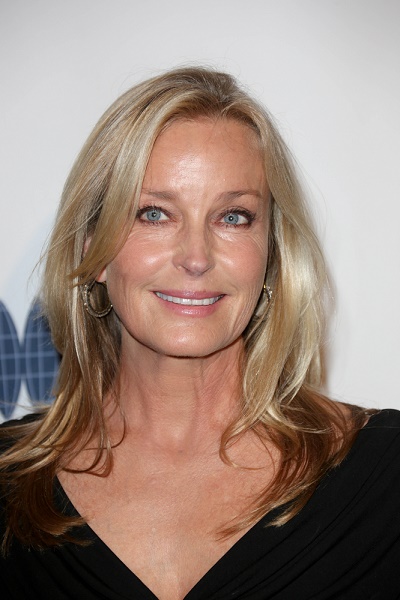 Bo Derek is an American actress, model, and producer. She is known for her roles in the films Orca, 10, Tarzan, the Ape Man, Bolero, and Tommy Boy.

She is the daughter of Norma, a make-up artist and hairdresser, and Paul Collins, an executive at Hobie Cat. Her stepfather, Bobby Bass, was an actor, stunt performer, and stunt coordinator/second unit director. Bo is married to actor John Corbett. She was previously married to actor, director, and photographer John Derek, until his death.

Bo’s paternal grandfather was Paul Clark Collins (the son of Walter Collins and Tinnie Elizabeth Bodine). Paul was born in Illinois. Walter was the son of Elijah Collins and Sarah M. Downer. Tinnie was the daughter of George Washington Bodine and Sarah Elizabeth Quinn.

Bo’s maternal grandfather was Richard White (the son of John Q. White and Mattie C. Davis). Richard was born in Illinois. John was the son of Richard M. White and Lutisha/Latisha Reeves.