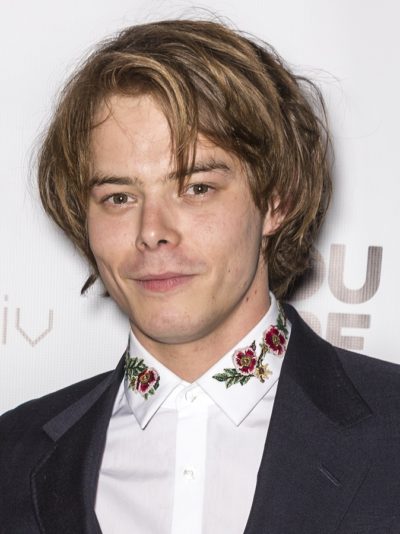 Heaton in 2017, photo by excelentphoto/Bigstock.com

Charlie Heaton is an English actor and musician.

Charlie has a son with his former partner, Japanese drummer and vocalist Akiko Matsuura.

Charlie’s maternal grandfather is Peter Lowe (the son of Charles Frederick Lowe and Mary May Hansen). Peter was born in Hull, Yorkshire, England. Mary May was the daughter of Emil Olai Hansen and Mary Jane Hannon; Emil was born in Skotnes, Buksnes, Norway, the son of Lauritz Magnus Olai Hansen and Karen Oluffa Eline Olsdotter/Olsdatter.

Source: Genealogy of Charlie Heaton (focusing on his mother’s side) – https://www.geni.com