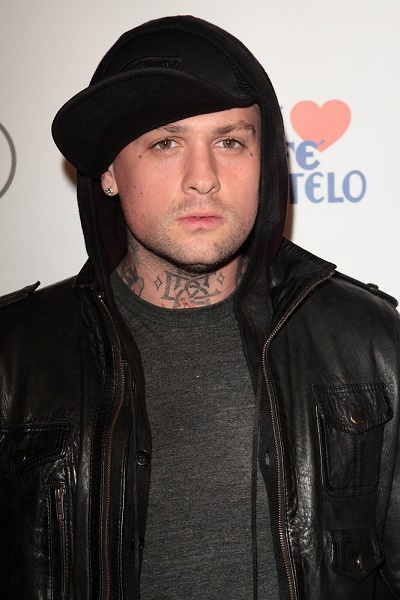 Benji Madden is an American guitarist, vocalist, songwriter, and producer. He is the guitarist for the band Good Charlotte. He is the twin brother of musician Joel Madden. Benji is married to actress and model Cameron Diaz, with whom he has a daughter.

Benji has English, and some Irish, Scottish, and German, ancestry.

Benji’s paternal grandfather is Paul Roger Combs (the son of Leslie P. Combs and Nellie Pernicey Strickland). Paul was born in North Carolina. Leslie was the son of James Carraway Combs and Florence Isabella Seymour. Nellie was the daughter of Eddie Miller Strickland and Mary Ginn.

Benji’s paternal grandmother is Jessie Marie Crews/Cruse (the daughter of William Joseph Cruse and Nattie/Mattie Nance). Jessie was born in North Carolina. William was the son of Barney Cruse and Susie Hill.

Benji’s maternal grandmother is Mary Ann Canter (the daughter of Hugh Mitchell Canter and Regina Inez Willett). Hugh, an Assemblies of God minister, was the son of Andrew Mitchell Canter and Ola Rymple Scott. Regina was the daughter of William Washington Willett and Lilla Mae Robey. Benji’s Canter line traces back to William Canter, who was born, c. 1655, in England.

Sources: Genealogy of Benji Madden (focusing on his father’s side) – http://wc.rootsweb.ancestry.com