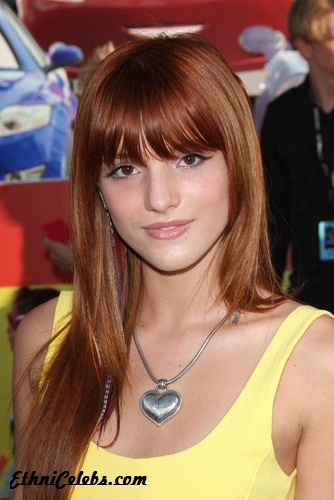 Bella Thorne is an American actress, singer, model, and director. She is the sister of actors Kaili Thorne, Dani Thorne, and Remy Thorne.

She is the daughter of Tamara and Delancey Reinaldo “Rey” Thorne. She spoke Spanish as her first language as a child. She has stated:

I would like to study different dance styles and learn Spanish. It was my first language but I forgot it from not using it.

Source: Genealogy of Bella Thorne (focusing on her mother’s side) – https://www.geni.com