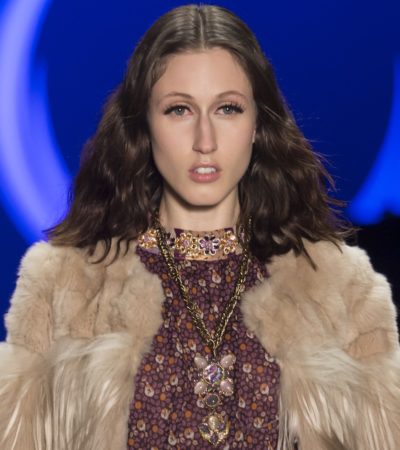 Place of Birth: The Netherlands

Anna Cleveland is a Dutch model. She was born in the Netherlands, to American model Pat Cleveland and Dutch model and fashion photographer Paul van Ravenstein. She was raised in Italy.

Referring to a DNA test she has taken, Anna’s mother has said, about herself:

And there was the racial problem of ‘oh this person is a black person and this person is a white person’ and well, me being the cultural mix that I am! I’m half Scandinavian, half American with thirty six percent African American and the rest, everything else French, Italian, Greek, Irish and English and whatever else have you.

My great-uncle Rep was a real American Indian, a Cherokee, who lived in the woods in a log cabin that looked lifted out of a cowboy movie… in 1912, when she was twenty-one, [Cleveland’s maternal grandmother] Nannie took the conventional route and found a young man to marry: a soldier named Albert Cleveland [Cleveland’s maternal grandfather]. Because he had blond-red hair, light skin, and freckles (courtesy of his Irish-Scottish blood), Albert was considered a Caucasian, though he was a quarter Cherokee… Even with education, a Negro had very few opportunities in that era, and there was virtually no career path for an educated Negro woman like Nannie.