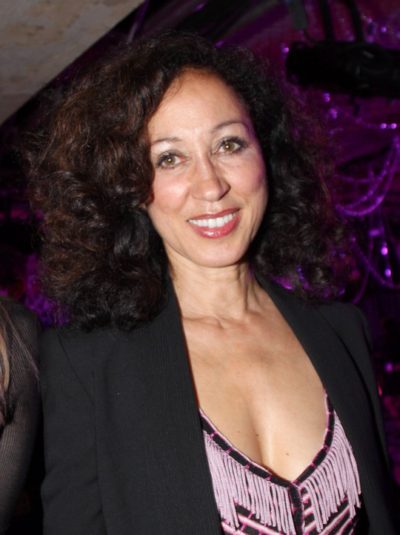 Pat Cleveland is an American fashion model. In the 1960s and 1970s, she was one of the first African-American models to have achieved prominence as a runway model and print model.

Her father, Johnny Johnston or Gunnar Åhs, was Swedish. Her mother, Lady Bird (Cleveland), was African-American, and was said to also have some Irish/Scottish and Cherokee Native American ancestry. It is not clear if this ancestry has been verified/documented.

Pat is married to Dutch model and fashion photographer Paul van Ravenstein, with whom she has two children, including model Anna Cleveland.

Pat’s maternal grandparents were Albert O. Cleveland (the son of Pless/Pleas Cleveland and Frances) and Nancy/Nannie Edwards. Pless was the son of Jerry Cleveland.

Pat was raised by her mother in Harlem.

Referring to a DNA test she has taken, Pat has said:

And there was the racial problem of ‘oh this person is a black person and this person is a white person’ and well, me being the cultural mix that I am! I’m half Scandinavian, half American with thirty six percent African American and the rest, everything else French, Italian, Greek, Irish and English and whatever else have you.

My great-uncle Rep was a real American Indian, a Cherokee, who lived in the woods in a log cabin that looked lifted out of a cowboy movie… in 1912, when she was twenty-one, [Cleveland’s maternal grandmother] Nannie took the conventional route and found a young man to marry: a soldier named Albert Cleveland [Cleveland’s maternal grandfather]. Because he had blond-red hair, light skin, and freckles (courtesy of his Irish-Scottish blood), Albert was considered a Caucasian, though he was a quarter Cherokee… Even with education, a Negro had very few opportunities in that era, and there was virtually no career path for an educated Negro woman like Nannie.