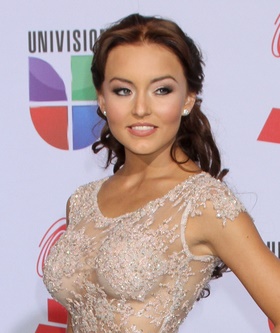 Boyer in 2011, photo by www.prphotos.com

Angelique Boyer is a French-born Mexican actress. She has starred in telenovelas, and in the film J-ok’el.

She was born in Saint-Claude, Jura, France, the daughter of Sylvie Claudie Rousseau Pelus and Patrick Boyer. Her father is French and her mother was born in Mexico City, to French parents. Angelique’s family moved to Mexico when she was two years old, and she likely has Mexican citizenship. Her brother, Arnaud Boyer, has lived and worked in France since 2002.

Genealogy of Angelique Boyer (focusing on her mother’s side) – https://gw.geneanet.org