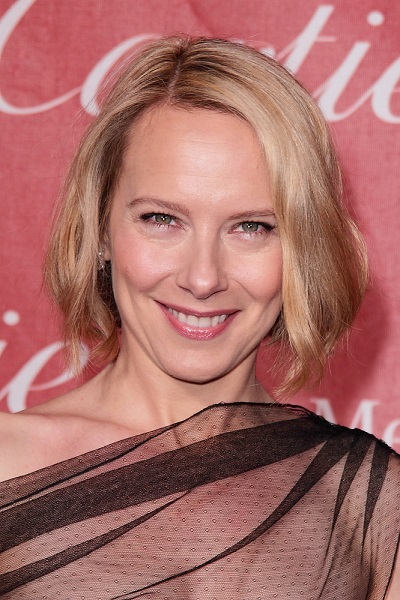 Amy Ryan is an American actress. Her roles include the films Gone Baby Gone, Changeling, Goosebumps, Bridge of Spies, and Lost Girls, and television’s The Wire, The Office, In Treatment, and Only Murders in the Building, among many other works.

Amy is the daughter of Pamela Diane (Ryan), a nurse, and John Dziewiontkowski, who owned a trucking business. She is married to Eric Slovin, with whom she has a daughter.

Amy’s paternal grandfather was Teofil Peter “Theodore” Dziewiontkowski (the son of John Dziewiontkowski and Felicia Majewski). Teofil was born in New York, to Polish parents. Felicia was the daughter of Batholemew Majesshi and Ludwiga Getkowski.

Amy’s paternal grandmother was Evelyn Hussey (the daughter of George Hussey and Irene Little). Evelyn was born in New York.

Amy’s maternal grandfather was Maurice Walter Ryan (the son of Walter Ryan and Jane Rosina “Jennie”/Jenny Press). Maurice was born in Highbury, London, England, and moved to the U.S. with his parents. Amy’s great-grandfather Walter was the son of William Ryan and Sarah Ann Mowatt. Jane was the daughter of Joseph Alfred Press and Emma Podd.

Sources: Genealogy of Amy Ryan (focusing on her father’s side) – https://www.geni.com