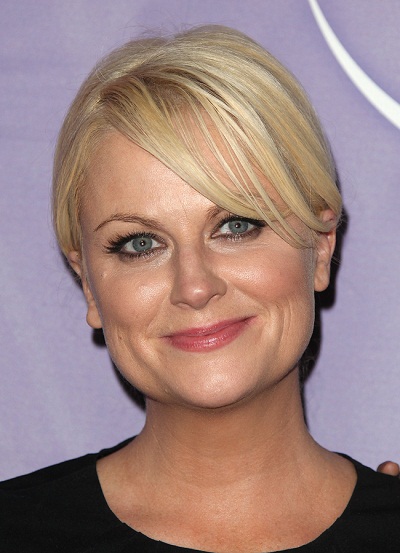 Poehler in 2011, image via DFree/Bigstock.com

She is the daughter of Eileen and William Poehler. Her paternal grandfather was of half German and half Irish ancestry, and her paternal grandmother was of half Portuguese (Azorean) and half English descent. Her mother is of Irish ancestry, with roots in Cork and Sligo. Amy’s brother is actor and comedian Greg Poehler. Amy has two children with her former husband, Canadian-born actor Will Arnett.

Amy’s paternal grandfather was Carl Poehler, Jr. (the son of Carl Poehler and Josephine F. Sweeney). Amy’s grandfather Carl was born in Massachusetts. Amy’s great-grandfather Carl was a German immigrant, the son of Oswald Frederick/Friedrich Paul Poehler and Julia Elizabeth Kampe/Kampf/Kamp. Josephine was born in Yarmouth, Nova Scotia, Canada, the daughter of Joseph Sweeney and Lydia Feener, and had Irish and German ancestry.

Amy’s paternal grandmother was Anna Marie Andrews (the daughter of James S. Andrews and Elizabeth Adelaide Fisher). Anna was born in Massachusetts. James was the son of João/John S. Andrews and Anna Clementine Lopes, who were both Portuguese emigrants, from Praia do Almoxarife, Faial, Azores, with the family surname originally being de Andrade. Elizabeth was the daughter of Eugene Bradford Fisher and Frances Catherine/Catharine Baxendale, and had English ancestry.

Genealogy of Amy Poehler (including detailed information on her Portuguese roots) – http://wc.rootsweb.ancestry.com

Genealogies of Amy Poehler (focusing on her father’s side) – http://famouskin.com
https://www.wikitree.com