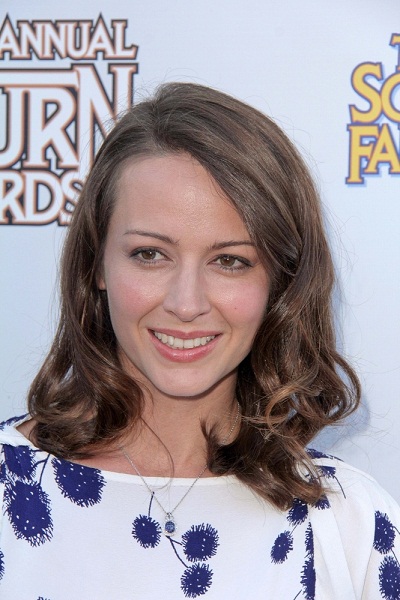 Amy Acker is an American actress. She is married to actor James Carpinello, with whom she has two children.

Amy’s paternal grandmother was Dorothy Jean/Gene Kennedy (the daughter of Arthur Washington Kennedy and Willie Vonnie Moffett). Dorothy was born in Texas. Arthur was the son of Moses Shelby Kennedy and Elizabeth Esther Bynum. Willie was the daughter of Cyrus Alver Moffett and Lillie Viola Stewart.

Amy’s maternal grandmother was Jimmie Jeff Gilliland (the daughter of Leland Brantley Gilliland and Maurine Davis). Jimmie was born in Texas. Leland was the son of James Kinebrew Gilliland and Sarah Gertrude Brantley. Maurine was the daughter of Jefferson Davis and Leola/Ola Annabelle Stockard.